This week, we went to Scholes to watch a production called The Greatest Fairy Tale. Have a look at some of the recounts the children wrote about the trip. 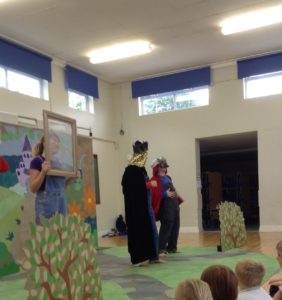 What a splendid trip I’ve had! Yesterday, I went to Scholes Primary School to watch a show. Year 2 were all partners with reception and year 1 were partners with each other. The hole of school except F.1 went to watch the show. I was partners with Lucas. We went into the hall and a man was trying to read the story but two pigs kept interrupting him. In the story there were only three characters but the main characters were stupid pig, simple pig and clever pig. The story was about The evil queen was changing the fairy tales around. For instance, Jack and the Beanstalk. you should know the tale. It’s about a boy called Jack and his mum were very poor so one day. This was different Jack’s mother’s foot fitted into Cinderella’s slipper so the prince had to take her to his castle. 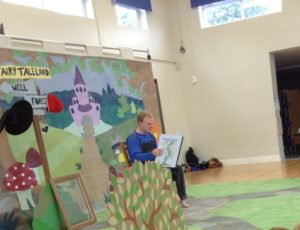 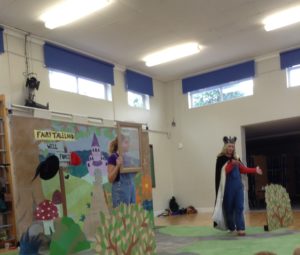 What awesome day I had! We went on the coach and I sat next to Louie. When we got there we played tig in the small playground. Then, we went inside the play. The play was about the fairy tales all muddled up. They only had until midnight to fix it. The evil queen wanted to marry Prince Charming but so did Jack’s mother. The big bad wolf ate Little Red Riding Hood, Red’s granny and stupid pig. Then, suddenly snow white heard a knock on the door and it was the 8th dwarf. 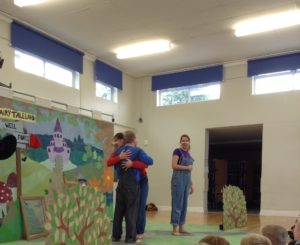 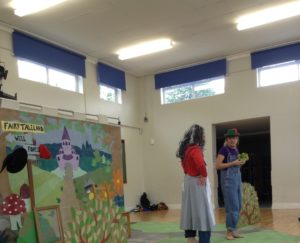 What an amazing trip I had! On Tuesday, we went to Scholes Primary School. We travelled on a coach. It took 15 minutes to get there. I was partners with Dexter. When we got there we played in the playground. We played tig with Daisy, Fleur, Jemima, Evie and Jessica and it was fun. Then we went into the hall to watch a show. It was 3 characters playing all of the fairy tales. It was funny When the man put the show on Mrs Rowley and when he said do you have any cell phones. Jacks mum marries the prince because the shoe fits but the price was supposed to marry Cinderella. 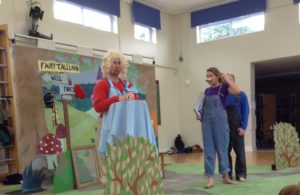 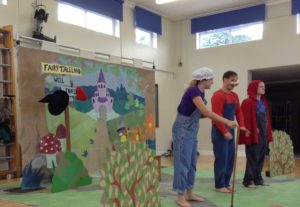