The -t sound is usually spelt as -tch in the spoken word. Words of more than one syllable often have an unstressed syllable in which the vowel sound is unclear. There are some exceptions.

Y1: catch, fetch, kitchen, much, which

Adding -ed and -ing to words of one syllable ending in a single constant letter after a single vowel letter. The last constant letter of the root word is doubled to keep the short vowel sound. Exception: the letter ‘x’ is never doubled 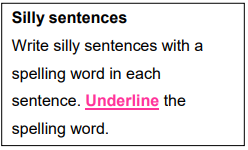