The ‘board of directors’ for our school

All schools in England have a Governing Board which is responsible for overseeing some of the strategic decisions a school faces. A key role is to act as a ‘critical friend’: to support, to challenge, to ask questions, ultimately to represent the school community.

We are a federated governing body, with one Governing Board overseeing all three schools in Sphere Federation: St James’ CE Primary, Moortown Primary and Scholes (Elmet) Primary. Governors work in close partnership with the Head of Federation, Heads of Schools and staff. Whilst the Head of Federation along with the Heads of Schools are responsible for the day to day running of the schools within the federation, governors are responsible for strategic decisions, including:

The Governing Board meets six times each year (minimum). There are also committees for Performance Management and for Pay, although these meet less frequently, and a Christian Distinctiveness Group (St James’ only) regularly meets.

The Governing Board of Sphere Federation consists of:

Current governors are listed here with a brief profile of their role as governor. (‘Register of interests’ includes business and financial interests, other governance roles, and material interests arising from close relationships.)

The standard term of office for a governor is four years. The chair and vice-chair are elected annually at the first meeting of the academic year.

The chair of governors is Mrs Jude Rawlings, who can be contacted via the school offices at Scholes (Elmet), St James’, or Moortown, or directly via email at juderawlings@spherefederation.org

Governors are appointed on a skills basis, to make sure the Governing Board is effective in fulfilling its responsibilities. If you want to be part of Sphere Federation’s Governing Board please enquire about any vacancies by contacting the Chair of Governors, or David Roundtree, the Head of Federation. For guidance and advice about being a governor, visit Leeds City Council website, or find out more and sign up to be a governor at Inspiring Governance. 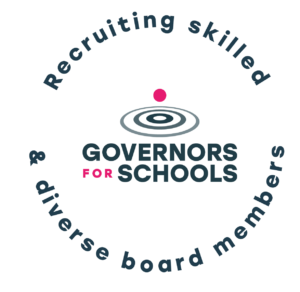