Class novel: Letters from the lighthouse

This term, our class novel has kept us all guessing! It is a story set during WW2 and the plot is full of mystery and suspense. We are now half way through the story and we did some freeze-framing to summarise and re-cap what has happened so far. 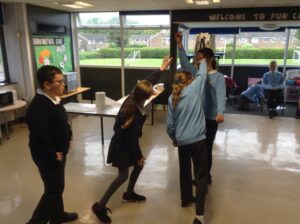 Olive and Cliff run out of the picture house to the air raid shelter. Sukie goes missing. 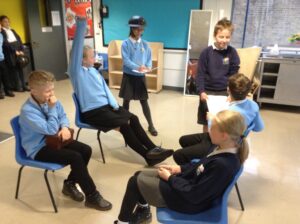 Olive and Cliff evacuate to Budmouth Point in Devon. 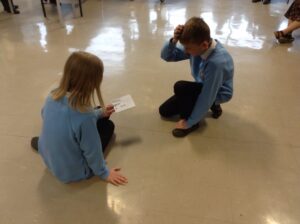 They find a note that belongs to Sukie; it has a secret code on it. 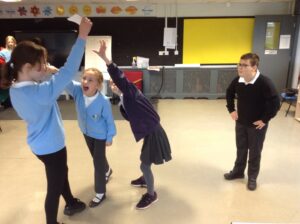 Esther Jenkins moves into the same house as Olive and Cliff. She finds the note and won’t give it back to Olive. They fall out. 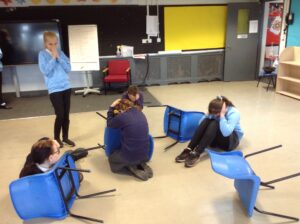 A bomb is dropped near the school that Olive and Sukie go to. The community decide to get rid of the lighthouse.

What do we think will happen next?

Scarlet: “I think Olive and Cliff are going to try and stop the lighthouse from being knocked down. They will find somebody to help work out the code on the note.”

Callum: “I think the town will take down the lighthouse and a German plane will crash. I think Sukie will turn up and she will help the Germans escape.”

Erin “I think Olive and Cliff will follow Ephraim and find out that Queenie and Ephraim have something to do with Sukie’s disappearance.”